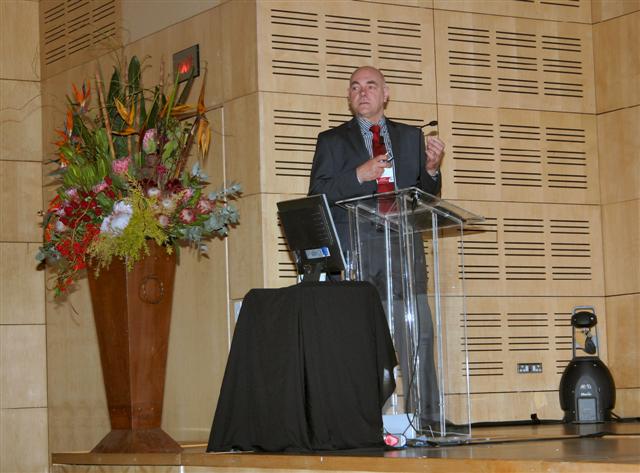 Champinter is a mushroom cooperative with 150 growers in Villamalea (120 kilometres west of Valencia), which specialises in the fresh market. It supplies casing soil and compost to the mushroom and oyster mushroom growers in this region, and the growers take the mushrooms back to Champinter, which often also arranges the marketing of the product.

The cooperative was founded in 1977, in the middle of a difficult atmosphere in the country after the dictatorial regime of Franco. The situation in this poor region of the country was uncertain and very unstable. The price of agricultural products was too low, unemployment rates were huge, and it was very difficult to invest because of the high inflation level. The cooperative had to overcome a mountain of problems (no compost yard, no trade). Nowadays, the cooperative has more than 150 members, all of them mushroom growers, and counts on a staff of more than 220 people divided among the compost yards of pleurotus, exotic and agaricus, and the warehouse and small canning industry.

Last year, a new facility was started up: a new compost yard with Dutch system, where 800 ton of pasteurized compost are produced every week. In the short future, the company wants to produce phase III compost, and there are clear prospects of enlarging the actual facility soon, because the compost is improving step by step.

Therefore, the company is investing to improve the quantity and quality of its products, and some of the growers are giving up the traditional rooms and are building new farms with climate control.

This was one of the reasons why Champinter offered a growing course to its members in May. The course was performed by Jan Gielen and Thei Staaks, from C-point in The Netherlands and was followed by around forty interested people.The course was followed up with practical visits to Villachamp and Champigraja, two of the members, where some new ideas and advices where pointed out. More courses like this one will probably follow.

In Mushroom Business nr. 11, an interview with José Carlos Anguix, the composting director of Champinter was published.

In Mushroom Business nr. 29, more on the company visits in the area of Valencia.