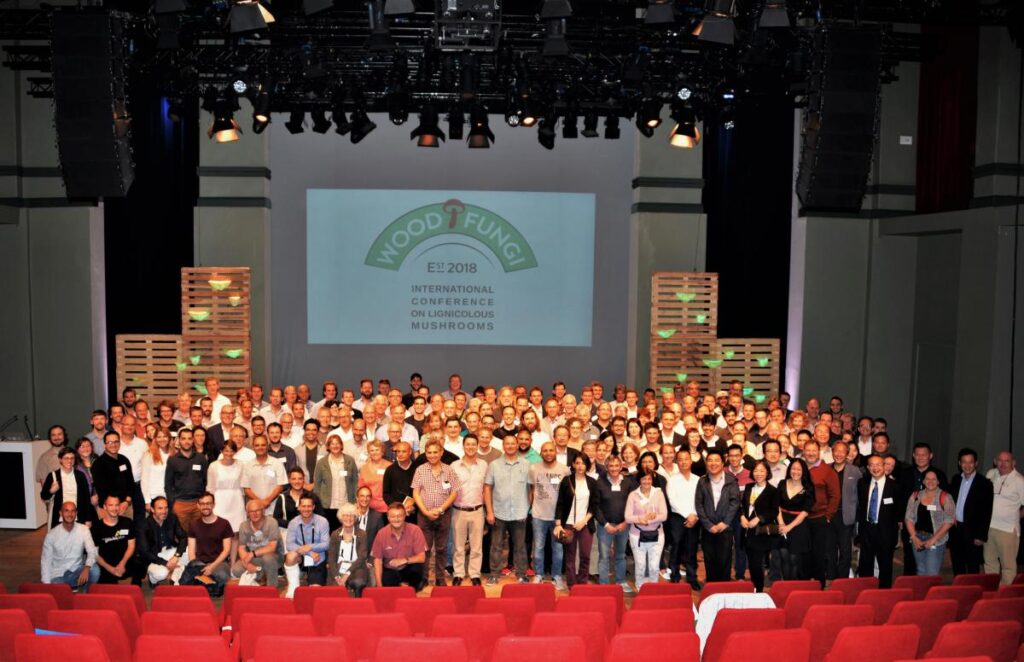 On 3-6 June, WoodFungi 2018 was held in Belgium, the first conference on the cultivation of lignicolous mushrooms in Europe. The event offered interesting lectures, panel discussions, company visits, a nice partner programme and plenty of networking time for some 200 participants from all over the world. All this in the historic city of Ghent. Mycelia and SacO2 did a splendid job organising this event, that was prompted by the 10-year anniversary of the merger of their companies. It remains to be seen if, where and when WoodFungi will be organised again, despite the fact that most participants would like to see a second edition in the future. As a gathering of ‘exotic’ mushroom experts and friends from the industry, it was certainly a near flawless and complete success. A full report on WoodFungi will be published in the July issue of our mushroom magazines. Click here to view our photogallery of WoodFungi 2018.

In the picture: most of the participants on stage in De Handelsbeurs.