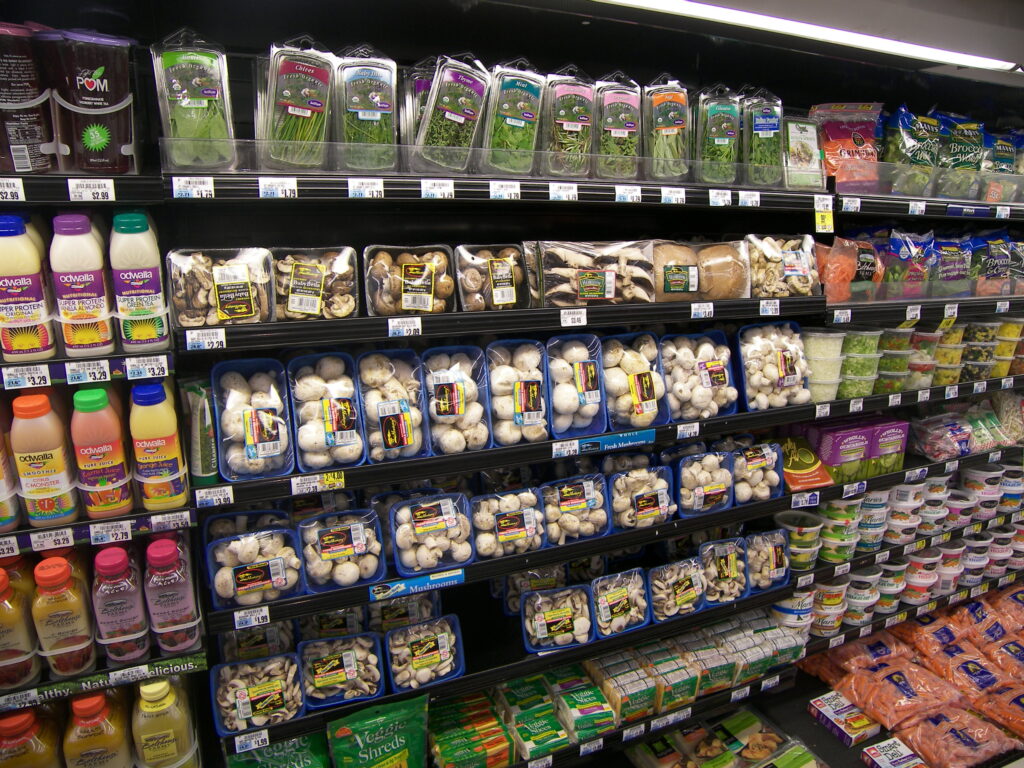 A recent report of the United States Department of Agriculture (USDA) about the 2013 – 2014 season, shows that the production of mushrooms in the US reached close to 900 million pounds (408 million kg). Compared to  the previous seasons, this is an increase of 1 %. The production of organic mushrooms went up by 65%. Despite this strong growth, organic mushrooms still represent a small part (3%) of the total mushroom sales in the US.

Agaricus mushrooms have the biggest production volume in the US. The sales was 882 million pounds, which is 1% up compared to the 2012-2013 season. Pennsylvania accounted for 65% of the total volume of sales and second-ranked California contributed 12%.

The 59 growers of Agaricus mushrooms in Chester County, Pennsylvania produced 435 million pounds (196 million kg), an increase of 10 percent compared with the 2012-2013 growing season. This production was valued at 412 million dollars, up 11 percent from the previous season. The growing area in Chester County was 12.4 million square feet, up 2 percent from last season. Total fillings were 63.6 million square feet, up 11 percent from the 2012-2013 growing season.