Home » Quincy Mushroom farms in Florida (USA) to be closed

Quincy Mushroom farms in Florida (USA) to be closed 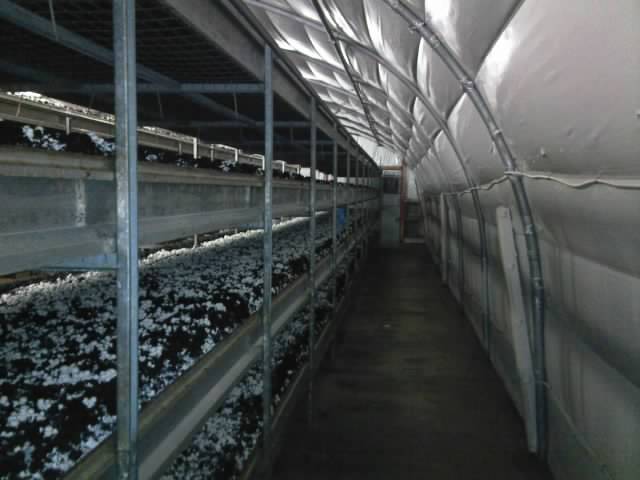 One of the biggest and best known mushroom farms in the USA is about to shut its doors.
When told Quincy Farms will be closing  by the end of the year Laura Phelps, president of the American Mushroom Institute, was quite surprised. The departure leaves a regional office of Monterey Mushrooms as the only producer of mushrooms in the state. “If Quincy is closing, that’s the second significantly sized farm in the U.S. that has closed in the past few years,” Phelps said, referring to a Connecticut plant that closed in 2006. “There are only about 75 commercial farms in the country, and there (were) only two in Florida.”

The Gadsden County Chamber of Commerce and Sylvan, Inc., the parent company of Quincy Farms, announced on December 9 negotiations are taking place for the possible group sale of the Quincy Farms facilities. During the past thirty years, Quincy Farms grew to be known as one of Gadsden County’s largest private employers. On November 12, Quincy Farms stated plans to phase out and close its mushroom growing facility employing 490 people.
The upcoming closure is expected to take place in January 2009 however the Chamber and Sylvan are working together to interest promising companies to take on the facilities, operations, and more importantly, the employees of Quincy Farms.
“I can assure you the Gadsden County Chamber of Commerce, Sylvan, WORKFORCE plus and our other economic development partners are working intensely to save these jobs,” stated David Gardner, the executive director of the Chamber. “We are truly interested in the long term viability of this operation”.
The Chamber’s objective is to find a company that can and will utilize the facility and its current workforce. The Chamber and Sylvan said releasing specific details regarding any transaction at this early date could jeopardize a possible sale.
Dan Lucovich, the executive vice president for Sylvan, said, “ We are canvassing the mushroom industry looking for potential buyers to run and manage Quincy Farms.”