Home » Amycel and Sylvan on corona

Amycel and Sylvan on corona 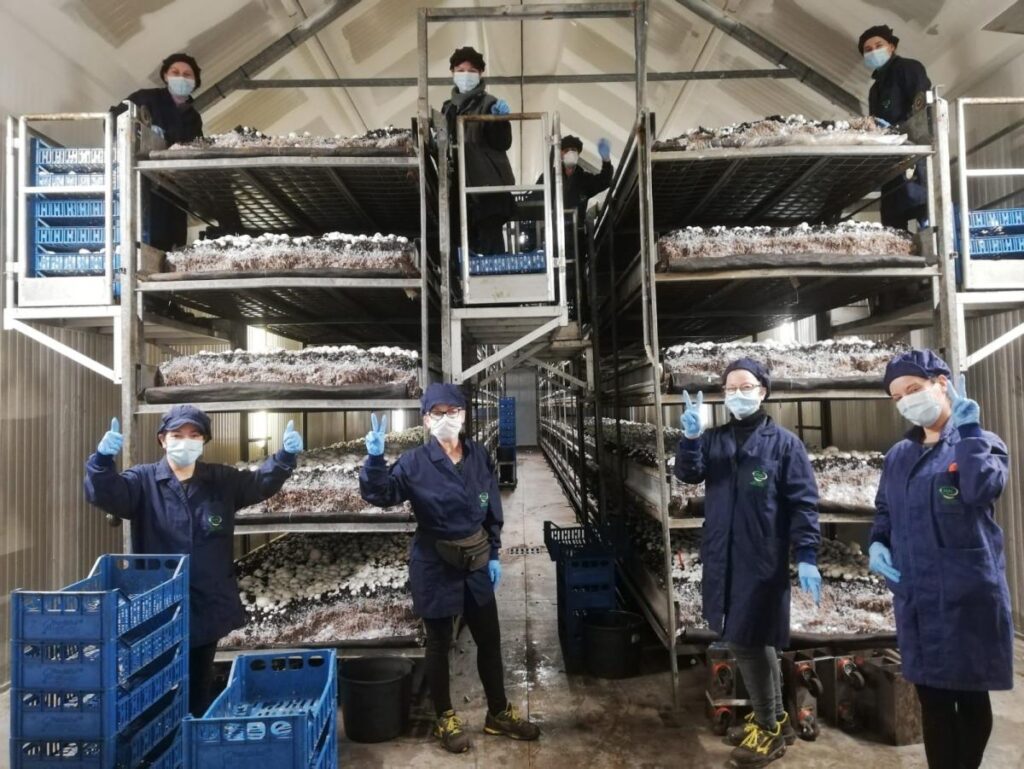 Since the beginning of this year, the outbreak of COVID-19, with the government measures in its wake, has been spreading a trail of destruction around the world. The mushroom sector was – and is being – seriously affected in many places. Despite the gloom, general managers of the two major spawn producers worldwide have been largely positive, as shown in an exclusive interview with Mushroom Business.

Hubert Hay, General Manager Europe of Amycel in France, is fairly optimistic as he revealed in an interview with Mushroom Business last week: “We have quite logically noticed a slight downtrend in spawn sales, but we see this as a temporary dip. We expect there will be a 10-20% decrease in mushroom production in the world in the coming months, and growers of exotic mushrooms in particular are naturally more heavily affected due to the loss of marketing channels (hospitality sector). The measures will have a long-term impact on restaurants, and their suppliers. Some farms will face bankruptcy, but even before the crisis there was a situation of overproduction and poor prices. However, some mushroom farms stopped production too quickly because demand still remained high, especially from the processing industry. In fact, there was even an increase in demand in France.” In total, he estimates the result of halted production on French farms to amount to 7,000 to 10,000 tons.

Hay believes that, among mushroom producing countries in Europe, Poland will suffer the repercussions most of all. “Poland relies heavily on exports to the west, so they immediately felt the backlash of the various lockdown measures. To illustrate, one Polish supplier who sent 12 truckloads a week over the border before the COVID crisis is now down to just four trucks a week.”

Despite this, Hay’s mood is predominantly positive. “The demand for mushrooms remains unchanged, and because regular trade outlets, including for mushrooms, have partially dried up, many producers started selling their mushrooms locally, often directly to the consumer, which also has a very beneficial effect on mushroom promotion. There are even local growers of fruit and vegetables who have started adding mushrooms to their offering to complement their sales mix!” Hay expects a gradual improvement/normalisation of the situation after the summer.

Iwan Brandsma, Commercial Director of Sylvan Europe, has a similar view of the European market situation, although he thinks the decline in production is more likely to be 10%. “Growers who have left the market already had plans to stop, and May/June show a dip in normal years anyway. COVID has not claimed many business victims, but it has caused mushroom producers plenty of headaches and suffering.”

Neither Amycel nor Sylvan have had any infections among their employees. Brandsma: “We set up a task force straight away and discuss the situation with our global team daily. In terms of production, we upped our output in March to create a reserve pool, which we are now supplying. The results in 2020 over the financial year and certainly in Q2 will be disappointing, but I expect a strong recovery in the second half of the year, both for us and for the mushroom sector.”

Brandsma has also noticed the most problems with exports in Poland. “Too much attention was focussed on the supply chain at the beginning of April, on making quick sales, and filling was reduced, or stopped altogether, right away. But a shortage is the best way to deal with a shortage, so now filling is back to normal levels again in Poland. That stop wave, or elastic, effect is more intense in Poland than elsewhere.”

Brandsma has noticed another problem, which has become more visible due to the crisis. More on that in the upcoming 100th issue of Mushroom Business, which will feature a big section on COVID-19 and its consequences for the mushroom industry worldwide.

Read more about the consequences of corona in China here and on events here.