On November 5th, the Hessischer Landesfachgruppe Pilzanbau (HLP) held its yearly meeting in Holiday Inn Gent Expo in Gent, Belgium. The HLP is a group of growers and suppliers active in the European exotic mushroom industry. It’s numbers are growing, which was reflected in the number of visitors (80) on the 6th.

On this day, the new spawn plant of Mycelia in Nevele, near Gent, was visited. Mycelia is a producer of spawn and mother cultures for the mushroom industry and focuses mainly on products for the cultivation of exotic mushrooms (‘exotic’ in the European sence that is). Mycelia is also known worldwide for expert advice and training. More on the company on their website: http://www.mycelia.be/  An article on Mycelia was recently published in Mushroom Business.

Magda Verfaillie, owner and driving force behind Mycelia gave a tour on the brand new sophisticated plant, accompanied by partner Jos van den Ponseele and other friends and co-workers. The photos in this series were taken on this tour.

In the afternoon, the visitors went back to Gent, to attend the lecture program, wich included lectures by Jos Amsing (C point), Jan Nevermann (Menno) and Jürgen Kynast from Pilzgarten.

The whole meeting proved ‘gemütlich’ and useful for all. We look forward to the next HLP event. 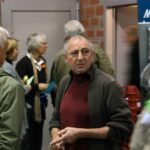 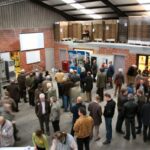 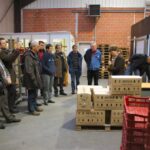 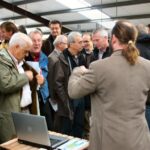 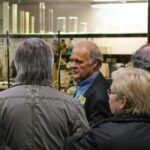 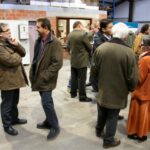 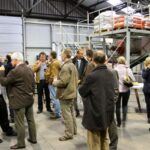 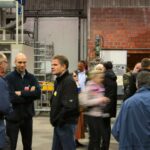 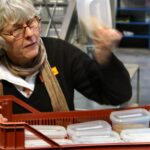