On 27 February at Floriade 2012 in Venlo, The Netherlands, Frans Brienen said farewell as chairman of C4C and Funghi. A symposium entitled “The unlimited possibilities of mushrooms” was organized in his honor and prior to his farewell reception.

Around 250 guests gathered in the congress centre at the world horticulture expo to listen to three speakers; futurologist Adjiedj Bakas, Han Wösten, who has a chair in Microbiology and Godert Tegelberg, chairman of the board at C4C Holding.

At the farewell reception after the symposium Rian Verwoert of C4C, Robert Jacobs of Funghi, Bart Sterckx of Mushroom Promotion Foundation and Rob Schipper of C4C all praised the leadership qualities of Brienen and his many efforts for the industry. Brienen was decorated with the national service medal ‘Knight in the Order of Oranje Nassau’, in recognition of his impressive service record.

In the coming months Frans Brienen will be handing over his tasks to Frans van Dijck (the new Funghi chairman) and Cor Beerepoot. Beerepoot has been proposed (and elected – on 14 June) as the new chairman of the CNC cooperative. Voting did not have to take place regarding the chairmanship of Rian Verwoert (supervisory board).

For a full report on the symposium and reception, see Mushroom Business 53 / Paddestoelen 3 / Wydanie Polskie 22. 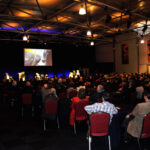 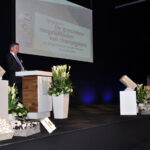 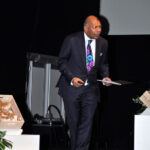 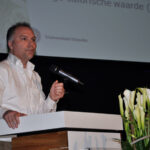 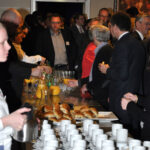 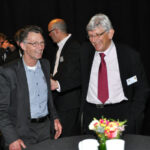 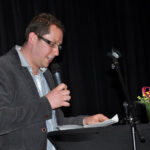 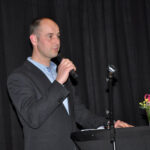 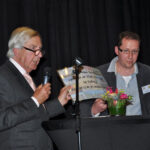 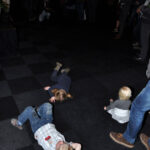 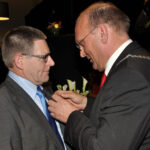 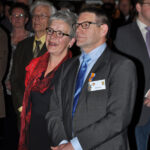 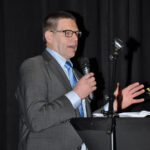 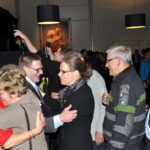